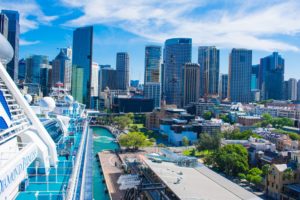 Sydney has always been a city which many aspire to live in. After all, it is one of the most beautiful, livable cities in the world and a thriving business hub. Over the years, house prices have skyrocketed and harbour homes are coveted, making Sydney now more expensive to live than New York and London. On any given weekend in Sydney, you can witness people in fierce bidding wars over dilapidated, unliveable dwellings, purchasing them for millions of dollars. But, are scenes such as this becoming a rarity in today’s market, and are buyers bored of the extortionate pricing and restricted lending opportunities? Are savvy buyers, or first-time homeowners looking for more bang for their buck, and seeking long-term investments with higher growth potential?

Recent financial news articles predict the Sydney housing bubble is soon to burst. That sales at auction are plummeting and some are predicting that house values are dropping by approximately $1,000 a week! Is this tabloid scaremongering? Or, is it a sign that buyers and investors are becoming bored of Sydney and are beginning to look elsewhere?

Tasmania has seen a recent economic boost which has lead to buyers snapping up property as growth in house prices are tipped to boom in 2018 as the population of the smallest state in Australia is on the rise.  Although, on the downside, the shrinking housing availability is making it tough for some to even get on the ladder at all after the property feeding frenzy of the apple isle. Where Are NSW Investors Looking To Buy?

Sydneysiders are looking outside of the city and surrounding suburbs. Even with forthcoming transport infrastructure developments in the pipeline, the lure of coastal property is a strong one over suburban dwellings on large, cookie-cutter housing developments.  Newcastle and Wollongong are larger cities and still expensive places to live, but Sydney-siders are spreading out along the coast where a waterfront property in an idyllic setting can be sold for as much as a one bedroom studio in the city. The daily commute is long but seems to be a life-choice and one that many are prepared to do in order to purchase a family home in a growth area along the Central Coast. For example, Killcare is becoming an extremely popular option for those looking to buy a property, not just as a home, but as a solid growth investment. 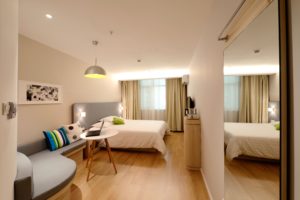 For those looking to enter the property market, the only real affordable option is to move way out west. Here is where you will find a rare chance for a property under the $500,000 mark, which may be some of the lowest in Sydney, but still very much out of reach for young couples and families who are on lower income wages. However, these areas are growing both in development and economy. They have their own with transport, industry, business and infrastructure to support its own, such as Paramatta and Liverpool, and have become smaller satellite cities, compared to their big sister, Sydney.

There is also the tiny house movement which is growing in popularity and giving people the chance to own their own home, on smaller square footage. Having a tiny house enables owners to live in Sydney, or pick up and move, making a sea change or tree change for some, or part of the year. This may sound fantastical, but it’s a movement gaining traction and a real opportunity for those who do not wish to rent or be unable to sink millions into a static home. So, are buyers getting bored of Sydney property? The answer is no. The market will rise and fall over time, but Sydney is such an aspirational city with fantastic properties that, if you do manage to get on the property ladder here, even with the spectre of a bubble bursting, you are likely to get a return on your investment over time and prices will bounce back again. But, for those who are finding Sydney’s property prices are out of reach, there are many options outside of Sydney which offer beautiful, family orientated, safe, livable areas for you to move,  invest and thrive.