Will driverless trucks come to Australia? The answer is yes! The future is now and they are already here.

WA has been the first state to start testing and trialling driverless vehicles.  However, with a recent death in the USA of a pedestrian struck down by a driverless test car on a public road, how safe and practical are they, and where do driverless trucks fit into this landscape?

Billionaire Elon Musk is also in the race to get driverless vehicles in the public domain and predicts that self-driving vehicles will be on public roads within ten years.

“Once Autopilot is approximately 10 times safer than the US vehicle average, the beta label will be removed.” – Elon Musk

Driverless cars are an unchartered territory with research and testing becoming a gargantuan financial and technological undertaking. There will need to be legislation and new road rules, not to mention the minefield that will become insurances and vehicle safety checks. Sadly, one person has tragically died due to this new technology. So, how do the statistics stack up against deaths caused by distracted, drunk, or impulsive humans? How will the big players analyse these macabre statistics? Will they share the results, or keep them secret from their competitors? Is safety or the mighty dollar a priority? 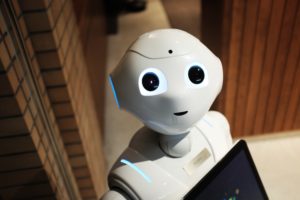 Will robots become our new overlords?

Where Do Trucks Fit In The Driverless Vehicle Game?

Trucks are also part of the driverless industry, although not 100% due to the fact that we don’t yet have the AI technology to have robot truckies loading, unloading and signing for deliveries. It is still a venture Uber is committed to, however, the freight arm of the leading vehicle share business seems to haemorrhage money in this space and the future is not looking bright.

If people need to move stock, produce, or even their personal items, they want to know who is transporting their cargo. With Uber freight, you get what you’re allocated and Uber asks for minimum paperwork and insurance requirements. Here, in Australia, you can do a little more research, fill space on empty trucks, set your own budget and tap into drivers recommended drivers. This is a unique selling point for customers who don’t want to choose someone who happens to just be around the corner.

The Driverless Car Industry In Australia

But, back to Australia and its plans for driverless vehicles.  The RAC Intellibus is a minibus which cruises up and down the South Perth Esplanade dropping and picking people up along the way. It’s a space-age looking vehicle which looks like it rolled off the set of Total Recall. It’s a strange sight to witness a vehicle out on a busy public road without a human at the wheel, however, it seems to be delivering on its promises and has already celebrated its first birthday.

As for driverless trucks in Australia, Rio Tinto have already been using the technology for years in their iron ore mines. Morgan Stanley has predicted that the transport industry could save billions of dollars by moving to driverless vehicles, particularly for long haul and mining, so is this the future for Australia?

There are a number of considerations and risks before we leap into the future like the Jetsons. Aside from personal safety, there is a real risk of computer hacking into software systems of extremely heavy vehicles which could be catastrophic. Australia’s geology is also a factor which sets it apart from other countries. There are incredibly large areas of desolate desert and extremes of weather which need to be considered. Would a driverless truck cope on a 45-degree day in the desert, would it recognise a fast-moving bushfire, or downpour,  causing roads to close?

Self-driving vehicles will happen. The very nature of us humans is to develop, innovate and evolve, but there will always be a need for humans within the industry, just in a different way. There are intuition, memory and to quote Liam Neeson “a particular set of skills” which only us humans can deliver and that will remain for many years to come. 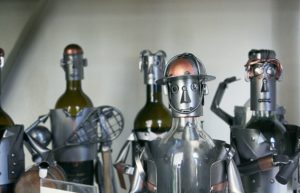 Robots can’t do everything just yet.